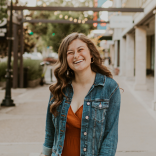 Gabrielle Shiozawa is the author of One Breath at a…

I rarely enjoy a book-to-movie adaptation. Ever the purist, I scoff at poor actor portrayals, inaccurate dialogue, and details I think were mistakenly omitted from the screen. So when I say I was thoroughly impressed by director Olivia Newman’s film adaptation of Where the Crawdads Sing … you know I mean it. Delia Owens’ novel quickly became a bestseller after its August 2018 release. I took longer to jump on the bandwagon, only picking up a copy in May 2022. But once I did, I was quickly enthralled by the lyrical narration, descriptions of North Carolina swamps, relatable depictions of female adolescence — and, of course, the gripping murder mystery that keeps you guessing until the last page.

The story follows Kya’s journey from being abandoned as a small child and raising herself on the marsh to finally finding love and belonging…only to be accused of murder by the neighboring townspeople, who only ever referred to her as “the marsh girl.”

I was concerned the screen adaptation couldn’t possibly meet my expectations. But from the moment I sat down in the cushioned Megaplex lounger and started taking in the gorgeous North Carolina scenery on the screen, I felt like I was immersed in the book again — but better. The movie was faithful to the book in even the smallest details, from the inclusion of Ma’s bottle of pink nail polish to the layout of Kya’s shack. The dialogue was interspersed with a narration from Kya pulled directly from the book, meaning that the most symbolic and breathtaking portions of the novel — one of the best parts of the literary experience — were made prominent on the screen.

While Owens’ work takes you on a chronological journey, the screen team decided to intersperse memories of Kya’s past with the present of her murder trial—an unexpected yet bravo-worthy choice that moved the story along quickly while staying true to the original story.

Even if I hadn’t read Crawdads first, I think that I still would have been gripped by the strong elements of abuse, innocence, young love, abandonment, victory, and wildness that filled every frame of Crawdads. Watching Kya learn how to love and trust while staying true to her wild roots was awe-inspiring, especially amid the setting of the societal sexism of the 1960s, when the story takes place. The foreshadowing threaded throughout the film was perfectly subtle. The poignant symbolism and smart parallels between wildlife and the human world add a unique and brilliant touch to Kya’s story.

I was also gripped by how well the many sides of romantic love were portrayed in the film. Seeing the difference between Tate’s imperfect but wholehearted love and Chase’s narcissistic abuse is a much-needed reminder for us all that healthy love can and does exist. Even if we don’t realize at first that we deserve it. I was especially moved by the distinct parallel shown between Chase’s abuse of Kya and the way Kya’s father abused his family. That theme wasn’t particularly fleshed out in the book, but on the screen it was undeniably powerful.

Daisy Edgar-Jones was the perfect choice for Kya. She was subtle and likable from the start, artfully portraying a mixture of childlike innocence, adult wisdom, and animal-like senses from living alone in the wild. After her popular role as Marianne in the 2020 breakout series Normal People, Edgar-Jones is seeing her rise through roles in Fresh and Under the Banner of Heaven. She is a brilliant up-and-comer to watch for, and she truly shines in Crawdads.

This film may be the breakthrough role for Taylor John Smith, who plays Tate with grace and vigor in a way that will certainly make him a star to watch for. Up to this point he’s only gotten his start through lesser-known films like You Get Me (2017) and Shadow in the Cloud (2020). Harris Dickinson may very well get a boost from this film as well after artfully capturing the arrogance of Crawdads antagonist Chase.

It was a good choice on the casting director’s part to pick mostly actors who’ve seen little screen time in the past. They lend a raw, authentic feel to the film unhindered by the Hollywood gaze. The only big-ticket actor I recognized was David Strathairn, known for roles in blockbusters like The Bourne Ultimatum (2007), The Bourne Legacy (2012), and Nightmare Alley (2021). While I thought it would be hard to look at him in Crawdads and not just hear him yelling, “Jason Bourne!” in my mind, he was understated in his depiction of Kya’s kind, grandfatherly lawyer, Tom.

10 Great Films You Didn’t Know Were Shot On iPhones

My only grouse about the film is the unexpectedly inaccurate depiction of the elderly versions of Kya and Tate at the end of the film. After being immersed in the story for the entirety of the film, I was jarred by their portrayals. But given that they only get about 2 minutes of screentime, I think I’ll try to let that go.

In the end, as the credits began to roll — featuring a beautiful new single by Taylor Swift that even a non-Swiftie like myself could appreciate — I was left with this beautiful feeling of triumph and joy from beholding this beautiful story.

“In spite of everything in trying to stomp it out, life persists,” Kya says in the movie. “Where out yonder, where the crawdads sing, the marsh knows one thing above all else: Every creature does what it must to survive.”

15 Great Movies About Depression And Loneliness

Tags
Where the Crawdads Sing 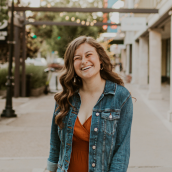 Gabrielle Shiozawa is the author of One Breath at a Time: Lessons on Grief and Growth. She is studying journalism at Brigham Young University. In her free time, you can find Gabrielle writing, hiking, or enjoying movie theater popcorn.

30 Best Actors Of All Time

30 Best Actors Of All Time