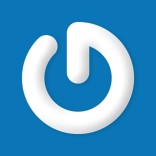 The politically sensitive film Spotlight (2015) emerged as a realistic portrayal of investigative journalism in its unaltered form. An op-ed piece titled Church Allowed Abuse by Priest for Years was published by Michael Rezendes (who worked at the Boston Globe) on January 6, 2002. This piece further led to a domino effect, leading to the publishing of other documents too. Initially, the case ran cold but upon the probing of the new Editor at the Globe, Marty Baron (played by Lier Schreiber) the case was looked into again and investigated; without which one of the largest cover-ups in history would have stayed stagnant. Walter Robinson (Michael Keaton), Michael Rezendes (Mark Ruffalo) and Sacha Pfeiffer (Rachael McAdams), the core of the Spotlight team, then went on to win the Pulitzer for the very same investigation.

Directed by Tom McCarthy and co-written by Josh Singer, the movie very diligently treads excellence and aces the art of telling a story about ‘capturing a sensitive narrative’. The movie did get nominated for six Academy nominations and ended up winning the Best Picture Award. The documentary-like feel transmutes brilliantly on the screen creating a strong cinematic sensibility. The essence brings a prime-time television aesthetic to the big screen.

The premise of the story revolves around the core dilemma, that of the journalists finding themselves heads up against the religious institution and their extensive-systemic cover-up. Director Tom McCarthy weaves a beautiful movie that stands strong. The cinematography by Masanobu Takayanagi is simplistic and does not deal in a visual play. Takayanagi goes for a simplistic style, color scheme of neutrals and incorporates the brevity of the topic through his very structured cinematic vision. The potency of silence isn’t manipulated with a dramatic score.

The director makes a rather risky choice of directing in a linear, non-dramatic nature and sticks to the core of the story. He focuses on relieving the secret and gently placing it for the audience to experience it and then uncover it for themselves. The writing is immaculate and doesn’t rely on plot twists and unnecessary jargon to sell itself to the audience. The confidence in its script and the innate aspects of strong research and solid writing, transforms the film, making it a profound cinematic project.

It fits like a puzzle; a subliminal mystery cosplaying as a documentary. The Eureka moment is when they begin to figure the elements of the case in a new light, like a reverse mystery. The script creates a culture where a story like this is allowed to be narrated and be celebrated for its strong voice. Never does it become melodramatic. It could have easily slid into a space of negative collective consciousness with a plausible downside, as it talks about faith.

“If there were ninety of these bastards, people would know. – Maybe they do”. The beauty of a team bringing down the world’s biggest theological institution with sheer determination creates a contradictory emotion of hope and disbelief. The revelation and calculation of how we figure out the number of priests is brilliant. “This is not just Boston. It is the whole country. It’s the whole world”. Mark Ruffalo’s (Michael Rezendes) meltdown is cathartic which culminates the angst one feels while watching the movie.

“Show me this was systematic”. And inadvertently gives us the solution too. “Sounds like we are going after law”. It is one of those rare films that does not look at abuse with a lens of abstract absurdity or a strange amalgamation of anger and fear (two very plausible cultural reactions) but rather chooses to go about the same in a matter-of-fact manner.

“It takes a village to raise a child, and it takes a village to abuse one.” The relentless truth in the writing represents the nostalgia for a certain kind of journalism that is disappearing. But instead, it is largely made to ruminate on the audience’s mind. The role of the facilitator, (that could be the journalist, writer or an artist) and their hard work is portrayed without glamorisation, giving it the due importance. Enthralling and unadorned, Spotlight leaves an impact and inadvertently compels audiences to think.

Where to Watch: Amazon Prime

11 Best Documentaries On Netflix India Worth Your Time

100 Best Hollywood Movies Of All Time