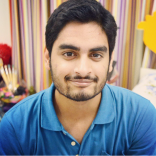 The Year of Spectacular Men is the directorial debut of Lea Thompson, featuring both her daughters as protagonists. It’s an uphill task to cast family members in a project and avoid eyebrows raised at the decision. The idea of nepotism itself has the capability to destroy a film before the first trailer. Just ask Will and Jaden Smith.

Lea Thompson joins Smith as a parent blatantly obvious in furthering the careers of her children. The Year of Spectacular Men is an utterly un-spectacular affair featuring equally unspectacular men. The story literally takes place across a year. Ditsy Izzy Klein (Madelyn Deutch) encounters a number of men she jumps into bed with and expects the audience to sympathize. This sums up the plot pretty well.

Lea Thompson’s lack of power behind the camera shows in this consistently frustrating film that never decides whether it wants to be a comedy or drama. When the intention is to go for a comedic approach, the characters opt for a more Gilmore Girls-esque humor wherein the dialogue shifts at rapid speed. The material within the dialogue only hurts Izzy’s likability factor.

Don’t expect development of her character within the year’s timespan. Instead, choose to walk away before you start the film. Izzy does nothing more than bed hopping and X-Files binges. The hope that she might offer something substantial is the only thing the film dangles before us to keep us going. We’ve seen several similar protagonists before (Jason Segel, Jeff, Who Lives at Home), but those characters had heart, and we rooted for them.

When you witness Izzy stuck in inertia for months at a stretch and absolutely no effort put into changing it, it’s hard to get involved with her. Lea Thompson, instead, distributed all the wit and resolve to Zoey Deutch’s Sabrina, and left the pathetic qualities in Izzy.

Sabrina is the only character you’re going to walk out having some respect for. She’s together, sane, and intuitive enough to see the conflicts that inevitably unfold later in the story coming from a mile away.

It’s too bad the film repeatedly attempts to convince us Sabrina’s doubts are unfounded, and makes us empathize with Izzy. What we’re left with of Sabrina, in the first half, are dozens of walk-in appearances where she comments on Izzy’s state and offers sardonic advice which the protagonist is too reckless to take seriously.

Lea Thompson must have felt she was taking the bolder approach by having her own daughter in several sexy shots that hide only the most explicit of her body parts. However, this attempt is far too blatant. The sex scenes are needless; never furthering the plot and unintentionally heightening our exasperation of Izzy by stamping in her poor choices of bed mates.

Adding to the pointless frenzy is the presence of curse words that add nothing to the characters. It seems more of an attempt by Lea Thompson to appear ‘hip’ in the eyes of the younger audience. The director herself completes the family trio playing the mother of the two girls. Thompson brings with her a subplot, that turns into the focal point of conflict near the end of the film.

This issue — circumstances behind the girls’ father’s demise — is more intriguing than any of Izzy’s frequent bad choices. This plot thread is forgotten on many instances in favor of another relationship — the one between the mom and a silly young girlfriend of hers.

Sabrina’s relationship with her long-term boyfriend is an afterthought for the most part of the film. Later, it takes center stage when the time didn’t call for it.

A fine balance is found in the music, interspacing appropriately between tense moments and times of debauchery Izzy indulges in. Where you can’t find any sense of stability is the film’s theme. It wants to be a romantic-comedy but tries as hard to become dramatic.

The inconsistency is understandable; the script doesn’t call for a full-on comedic setting. To its credit, the physical comedy is entertaining to watch. This is where Madelyn Deutch does a fine job. In retrospect, it feels as if Deutch’s story was always heading toward the emotional punch of the finale; it’s here where the film is at its most earnest. Unluckily, there’s no character development in the lead’s part and a resolution was never coming to begin with.

Have something to share with our readers? Thoughts on a film you saw recently; an obscure piece of film trivia; or a film you just finished watching and can’t seem to get out of your head? Head over to our Submit section for details and shoot us a mail at [email protected]